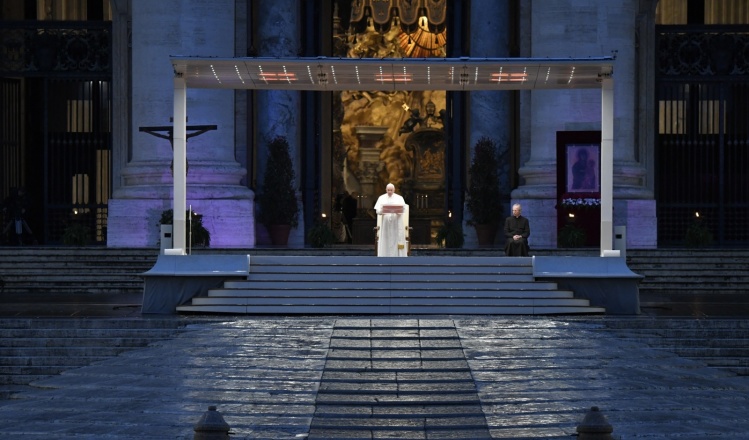 Pope Francis leads a prayer service at the Vatican March 27, 2020. At the conclusion of the service, the pope gave a blessing “urbi et orbi” (to the city and the world) (CNS photo/Vatican Media).

On March 27, 2020, Pope Francis gave a special urbi et orbi (“to the city and to the world”) blessing. This moment of global prayer, usually reserved for Easter Sunday and Christmas Day, came in response to what had quickly become a global crisis. After recalling the Gospel account of Jesus calming the storm and sea (Mark 4:35–41), Pope Francis said, “For weeks now it has been evening. Thick darkness has gathered over our squares, our streets and our cities.... We find ourselves afraid and lost. Like the disciples in the Gospel, we were caught off guard by an unexpected, turbulent storm.” He went on: “The storm exposes our vulnerability and uncovers those false and superfluous certainties around which we have constructed our daily schedules, our projects, our habits and priorities.”

At the time, I did not appreciate the extent to which my “false and superfluous certainties” would be uncovered. The length and severity of the storm seems to have set me on a prolonged period of self-evaluation. What we’ve been through since last March has forced me to face some accumulated falsehoods, to confront what had been uncovered in me. This past year has provided me a time to construct a new daily schedule, to embrace new projects and habits, to identify priorities that would align more authentically with the Spirit within me. We associate Lenten spirituality with letting go of our sinfulness, it’s true, but we forget that Lenten spirituality is also about getting in touch with our authentic selves. We are invited to see ourselves through the omniscient gaze of the Divine.

Pope and Ayatollah walk together in footsteps of Abraham

Pope and Ayatollah walk together in footsteps of Abraham 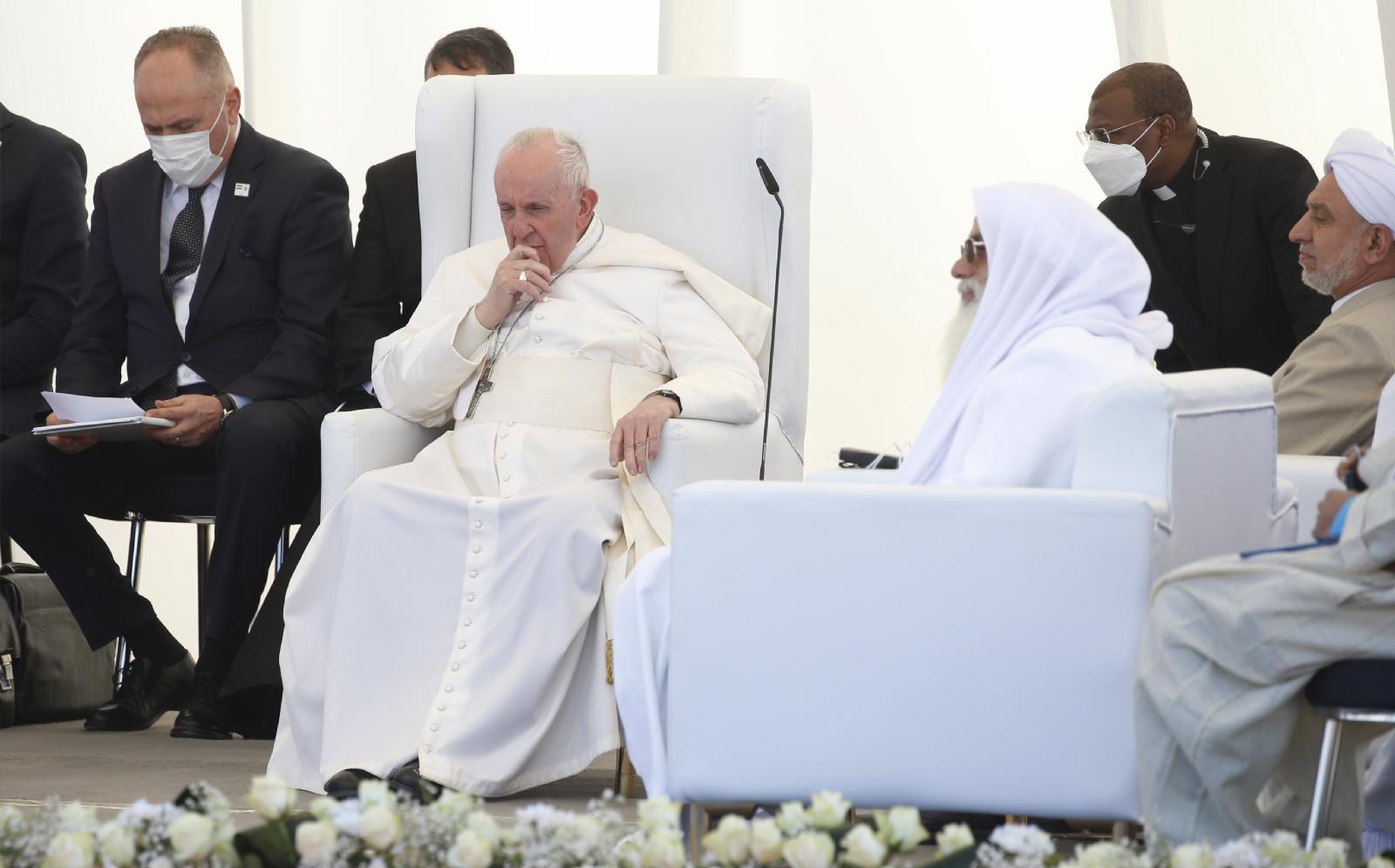 Pope Francis at an interreligious meeting on the plain of Ur near Nasiriyah, Iraq, earlier today.
CNS photo/Paul Haring

Pope Francis’ historic meeting with Grand Ayatollah al-Sistani marks a new step in Christian-Muslim relations. This is a moment that ranks alongside St John Paul II’s first official papal visits to a synagogue in 1986 and mosque in 2001.

The foundation stone for these groundbreaking moves is the Second Vatican Council’s declaration, Nostra Aetate, which unequivocally condemned anti-semitism, and opened a dialogue with Islam. It transformed the Catholic Church’s relations with other faiths.

How Catholicism became a breeding ground for conspiracy theories

How Catholicism became a breeding ground for conspiracy theories

A perfect storm of institutional crises, the polarization of perceived winners and losers and an influx of evangelicals has made Catholicism fertile ground for conspiracy theories.

If it’s true that all roads lead to Rome, it’s also true that in one way or another, all conspiracy theories lead to the Vatican.

Be it the illuminati, aliens or even a time machine buried in its hidden archives, the Vatican has been a favored subject for conspirators thanks to its penchant for secrecy and a talent for smoke and mirrors.

But a new wave of conspiratorial thinking, especially among Catholic conservatives, is changing the face of the Catholic Church today, experts say.

A perfect storm of institutional crises, the polarization of perceived winners and losers under Pope Francis’ pontificate and the migration of evangelicals into the church has created a fertile ground for conspiracy theories, especially about papal authority.

Pope Francis urged Iraqi Christians not to lose hope and not to seek vengeance over their suffering during the Islamic State regime, in a pair of poignant visits March 7 to churches that were desecrated and destroyed by the terrorist group.

Feeling weary and brokenhearted this Lent? Read this book on suffering

Feeling weary and brokenhearted this Lent? Read this book on suffering

Book review: In O Death, Where Is Thy Sting?, with wisdom, humor and just the right amount of sarcasm, Jesuit Br. Joe Hoover grapples with the question of God's role in the suffering we experience as human beings.

Iraq is Pope Francis’ most complicated papal trip ever

Iraq is Pope Francis’ most complicated papal trip ever

By Kevin Clarke
America
Posted by Stu O'Brien at 9:26 AM No comments:

Invoking the shared origins of Christians, Muslims and Jews steps from the Ziggurat ruins of the ancient city that the Prophet Abraham once called home, Pope Francis March 6 called on Iraq's religious leaders to help the country heal and rebuild following decades of violence.

Scripture for Life: The heart of the scandal Jesus caused that day with the purification of the temple was not in driving away the money changers but his proclamation that he, a human being, was the new temple.