What is it that modern civilisation most lacks? What are the fundamental deficiencies that ultimately could undermine it? Pope Francis has come up with a profound answer that seems at first glance too insubstantial, even naive, to save the world from itself. Not a major source of new energy or fresh food supply; not even a cure for cancer. What the world needs is the realisation that every member of the human race is brother or sister to every other member, no matter how distant or unfamiliar.

In his latest encyclical Fratelli Tutti – the phrase is from the writings of his namesake St Francis of Assisi – the Pope closely argues an increasingly convincing case that social division, fragmentation and the friction they cause are the primary threats that humankind has to fear. That includes the possibility of unprecedentedly destructive wars, but is not limited to it. The entire environment is at risk. And the cause is the absence of a sense that human beings all belong to the same family, and hence to one another. “We need to think of ourselves more and more as a single family dwelling in a common home.”

This is not some unreal utopia, however, where differences melt away in a warm wash of togetherness. Identity is local, and local loyalty matters. To use an English expression that Pope Francis is probably unfamiliar with, charity does indeed begin at home. But it ends at the ends of the Earth. Local identity is necessary and good, but is also a trap if it labels the others, those not of that tribe, as less than human. He analyses at length the parable of the Good Samaritan, and uses it to show that no one is an island but each of us is a piece of the human continent. All are neighbours to all; all are therefore covered by the injunction “love thy neighbour as thyself”.

“No one can face life in isolation … Let us dream, then, as a single human family, as fellow travellers sharing the same flesh, as children of the same Earth, which is our common home, each of us bringing the richness of his or her beliefs and convictions, each of us with his or her own voice – brothers and sisters all.”

The Pope’s choice of title was much criticised before publication of his text. The word fratelli is a male noun and “fraternity” itself, the word he uses to describe the encyclical’s pivotal idea, is not gender inclusive. In the first paragraph, the Pope uses the inclusive style “he or she”; in the second paragraph, he refers to “brothers and sisters”; and he uses both terms throughout. But no women are cited in the encyclical, which makes frequent use of terms like “brotherhood” to describe the human family. Some of the negativity around the document could have been defused with a wiser choice of title.

In the Vatican press conference to introduce it, Professor Anna Rowlands of Durham University aptly described the encyclical as a “devastating challenge to our ecological, political, economic and social life”. It is above all “a proclamation of an ineradicable, joyful truth, presented here as a wellspring for a fatigued world”. The encyclical urges the way of dialogue as the means by which humanity could negotiate to heal its disagreements and divisions, and Professor Rowlands later urged dialogue within the Catholic Church over issues such as inclusive language.

Pope Francis underlines some of the key themes of the 2009 encyclical of Pope Benedict XVI, Caritas in Veritate, concerning the limitations and dangers inherent in free-market economics. And as other popes before him have done, he emphasises the importance of the United Nations and other world bodies. What is new is his fundamental questioning of the just war doctrine, part of traditional Catholic teaching on warfare. “We can no longer think of war as a solution, because its risks will probably always be greater than its supposed benefits. In view of this, it is very difficult nowadays to invoke the rational criteria elaborated in earlier centuries to speak of the possibility of a just war. Never again war!”

Every war leaves our world worse than it was before, the Pope says. And he urges a negotiated end to nuclear deterrence as a means to keep the peace. Francis is not unaware of the difficulties when nations pursue their own interests rather than those of the universal common good. Not every politician believes in “fraternity”, and conflicts will happen. So the Pope is open to the criticism that he is promoting an idealised view rather than a realistic one. Just war theory was never in favour of war, but was a way of limiting its excesses. He is right, however, that just war theory has often been dishonestly invoked to provide a pretext for power grabs and the pursuit of partisan interests.

Pope Francis is passionate in his defence of the rights of migrants of all kinds, and this is probably where the encyclical will encounter most resistance among politicians. But it follows inescapably from the principle underpinning the document that we are all members of the same human family. “Migrants are not seen as entitled like others to participate in the life of society, and it is forgotten that they possess the same intrinsic dignity as any person,” he writes. “No one will ever openly deny that they are human beings, yet in practice, by our decisions and the way we treat them, we show that we consider them less worthy, less important, less human.”

There are two kinds of moral truth – those that remain on paper, and those which enter into the soul and change human character. Pope Francis is operating in the space between them. On the one hand are high-sounding moral propositions, many of which can be found in this encyclical, which nobody would really deny but which few take on board and change course accordingly. On the other, he is urging the world to make the immense moral effort to change its underlying philosophy, from self-interested individualism to the model of the interior life of a family, where in place of the words “I” and “me”, the use of the words “we” and “us” is second nature.

In so far as a world in which we live in solidarity and with a shared care for the good of our neighbour is what most people yearn for, Pope Francis can expect an attentive hearing. In so far as the world’s leaders are really pursuing power and personal ambition rather than the common good, then, sadly, he can expect to be ignored. But water, dripping on even the hardest stone, will eventually wear a hole in it.

What do you think? 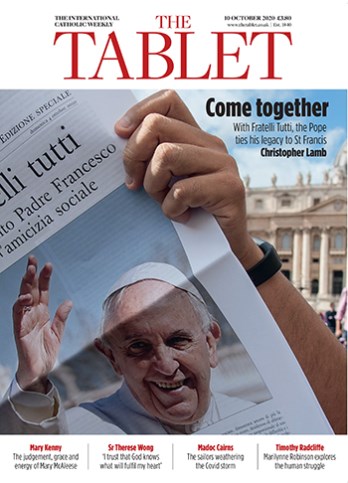 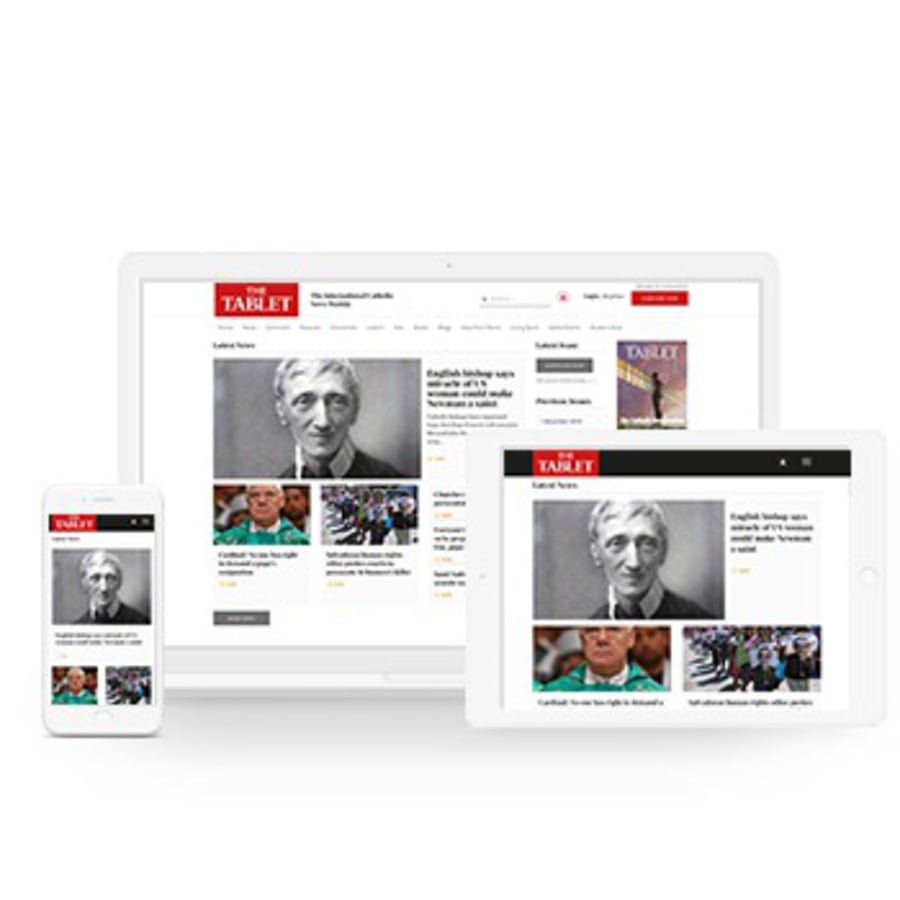 Now’s the time to join The Tablet community worldwide

Broaden your knowledge of current affairs and important religious issues

Take out a 3 month Tablet digital subscription for only £21.50. Inlcudes access to every issue in our 180 year archive

JOIN THE COMMUNITY | SUBSCRIBE
Posted by Stu O'Brien at 9:43 AM